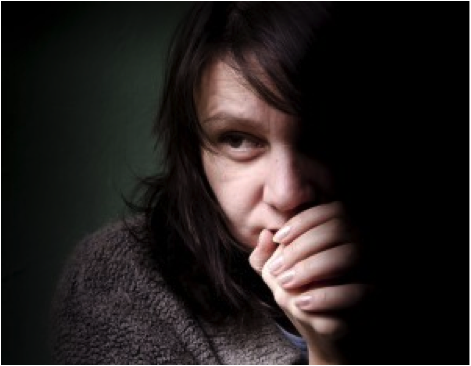 Employers whose workers misuse prescribed drugs also have a greater risk of being sued.

“They are on somebody’s payroll. That tells me that they’re doing a pretty good job of hiding it,” said Gary Moberly of Versailles, retired director of Labor Management and Relations and Mediation in the Kentucky Labor Cabinet. “People who are abusing drugs or alcohol don’t stop what they’re doing because they’re going to work.”

Workplace accident statistics appear to validate Moberly’s observation. Of all workplace fatalities in the United States, 37 percent are traced back to the use or abuse of alcohol and drugs, according to the Labor Department. Substance abusers are 3.6 times more likely to be involved in a workplace accident, and are five times more likely to injure themselves or another worker in an accident.

Kentucky workers’ compensation claim costs are well above the national average, according to Dave Adkisson, president and CEO of the Kentucky Chamber of Commerce. He testified during a special session of the General Assembly, which was debating HB1, a measure that allows only doctors to operate pain management clinics and requires physicians to use the state’s electronic prescription drug monitoring system, among other requirements.

HB1 failed to gain passage in the 2012 regular and special legislative sessions.

Three of the top five prescription drugs in Kentucky in dollars terms, Adkisson said, are controlled substances. Injured workers are not being rehabilitated and returning to work, he said, but “our workforce is becoming more and more dependent on prescription drugs to manage pain.”

Employees who return to work impaired become a workplace and occupational hazard, according to Adkisson, particularly in environments such as coalmines, warehousing industries and manufacturers.

“Substance abuse affects the motivation of the worker,” said Debbie Trusty, education director for Operation UNITE (Unlawful Narcotics Investigations, Treatment and Education), which has three offices in Kentucky. “Those folks tend to miss more work than other workers, and they average more sick days than the typical employee.”

In fact, workers who abuse substances are 1.5 times more likely to miss work, according to UNITE, and the toll in lost productivity is $42 billion.

Additional hidden costs, according to the agency, take the form of personnel turnover, poor decisions, damage to equipment, friction among workers, damage to a company’s public image, and diverted supervisory and managerial time.

While state and national leaders look for new ways to keep drugs out of abusers’ hands, business owners can aid the fight against drugs in their workplace and save money by taking advantage of a state drug-free workplace program that can save them at least 5 percent on their workers’ compensation costs.

UNITE offers drug-free workplace training, as well as informational sessions for community members. Moberly, a consultant who assists companies in becoming certified Drug-Free Workplaces in Kentucky, also offers certification training and maintenance. He contracts with the Kentucky League of Cities to assist all of its clients who buy KLC’s workers’ compensation insurance in becoming certified Drug-Free Workplaces.

The training sessions teach workers and their supervisors about addiction and how to recognize it in others or in themselves. Different types of drugs and the varying symptoms of their use also are discussed, Trusty said.

“We format it (the training) according to a particular business’s workplace policies,” she said.

Certified workplaces must encourage workers to seek help if they think they have a substance abuse problem, Moberly said, and an employee assistance program must be offered.

Trusty, who works out of Prestonsburg, frequently deals with coal mining companies that are trying to lower their risk for accidents as well as their operating costs.

Employing workers who abuse drugs is especially risky for companies whose work requires the use of heavy machinery, she said.

A lot of businesses have zero-tolerance substance abuse policies but will give an employee time off to seek treatment if they are forthcoming about their addiction, she said.

Aside from workers’ compensation insurance savings, it is difficult to quantify the benefits of taking part in the program, Moberly said.

“It’s not perfect, but at least somebody is doing something about the problem,” he said. “Some bad situations have been avoided.”

For example, one of the cities he assists received a complaint that a dump truck driver was driving erratically on a county road, Moberly said. A woman told city officials the driver almost collided with her.

Because of the training and policies in place, the driver was drug tested and found to be under the influence of methamphetamine, Moberly said. The city employee was removed from the job,

“If you prevent one death or one accident,” he said, “then, my goodness, there is no question in my mind that this is a good program.”

How to spot a problem

When supervisors have “reasonable suspicion” an employee is intoxicated, they should make investigating the situation a priority, said Wirth, who serves as public relations director for the Kentucky chapter of the Society for Human Resource Management.

First, he said, consult the company’s policy on drugs and alcohol.

“You’ve got to be proactive in writing policies and having your labor attorney review them,” Wirth said.

“Don’t just rely on one source,” Wirth said. “Back up claims with credible sources.”

Look for bloodshot eyes and note if the employee has an odor. Notice a change in the worker’s demeanor, and listen for slurred speech. Take note of the employee’s orientation and ability to walk or complete tasks.

“If you have a combination of these items, it is a more reasonable suspicion (that there is an abuse issue),” Wirth said. Managers should never rely on only one warning sign. “With bloodshot eyes, the employee could have allergies,” he explained.

Sometimes, drug abuse is well camouflaged and difficult to notice. Managers must get to know their employees so they can spot trouble more easily.

If a formerly model employee begins calling in sick every Monday, for example, or a worker who always was on time develops a problem with tardiness, it may be a red flag.

Substance abuse is a complex problem, but employers should use common sense when dealing with it.

“Don’t over- or underreact,” he said. “Act with a sense of urgency, but remember to never go on only one observation.”

The Kentucky Chamber of Commerce is planning workshops in May and June that will offer answers to business owners and human resources managers about substance abuse in the workplace, among other issues.

The 24th Annual Kentucky Human Resources Update, which has a conference planned in Louisville and Lexington on separate dates, includes a session titled “Kentucky Workers’ Compensation Law – Everything You Wanted to Know but Were Afraid to Ask.”

It also will provide updates on healthcare reform, significant legal decisions and other issues.

Lorie Hailey is associate editor of The Lane Report. She can be reached at lorie@lanereport.com.