Boomers just don’t understand what younger people are saying about politics and culture. 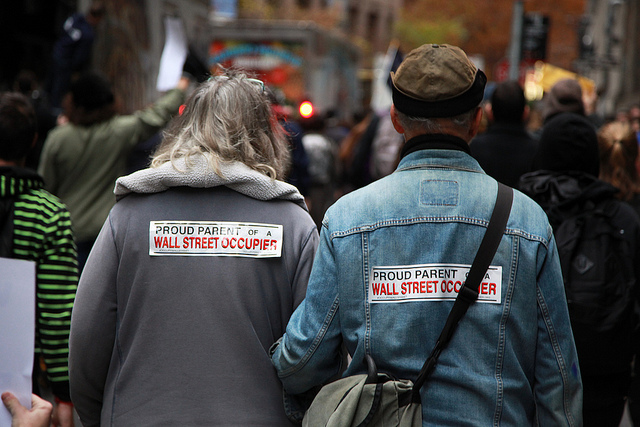 Fifty years ago, Baby Boomers and their parents suffered through what was ubiquitously understood as “the generation gap,” or the inability for different generations to speak clearly with one another.

A new national poll of Americans between the ages of 18 and 29 — the Millennial Generation — provides strong evidence of a new generation gap, this time with the Boomers (born between 1946 and 1964) playing the role of uncomprehending parents. When Millennials say they are liberal, it means something very different than it did when Barack Obama was coming of age. When Millennials say they are socialists, they’re not participating in ostalgie for the old German Democratic Republic. And their strong belief in economic fairness shouldn’t be confused with the attitudes of the Occupy movement.

The poll of Millennials was conducted by the Reason Foundation (the nonprofit publisher of Reason.com, the website and video platform I edit) and the Rupe Foundation earlier this spring. It engaged nearly 2,400 representative 18 to 29 year olds on a wide variety of topics.

This new generation gap certainly helps to explain why Millennials are far less partisan than folks 30 and older. Just 22% of Millennials identify as Republican or Republican-leaning, compared with 40% of older voters. After splitting their votes for George W. Bush and Al Gore in 2000 (each candidate got about 48%), Millennials have voted overwhelmingly for Democratic candidates in the 2004, 2008, and 2012 elections. Forty-three percent of Millennials call themselves Democrats or lean that way. Yet that’s still a smaller percentage than it is for older Americans, 49% of whom are Democrats or lean Democrat. Most strikingly, 34% of Millennials call themselves true independents, meaning they don’t lean toward either party. For older Americans, it’s just 10%.

Millennials use language differently than Boomers and Gen Xers (born between 1965 and 1980). In the Reason-Rupe poll, about 62% of Millennials call themselves liberal. By that, they mean the favor gay marriage and pot legalization, but those views hold little or no implication for their views on government spending. To Millennials, being socially liberal is being liberal, period. For most older Americans, calling yourself a liberal means you want to increase the size, scope, and spending of the government (it may not even mean you support legal pot and marriage equality). Despite the strong liberal tilt among Millennials, 53% say they would support a candidate who was socially liberal and fiscally conservative (are you listening, major parties?).

There are other areas where language doesn’t track neatly with Boomer and Gen X definitions. Millennials have no first-hand memories of the Soviet Union or the Cold War. Forty-two percent say they prefer socialism as a means of organizing society but only 16% can define the term properly as government ownership of the means of production. In fact, when asked whether they want an economy managed by the free market or by the government, 64% want the former and just 32% want the latter. Scratch a Millennial “socialist” and you are likely to find a budding entrepreneur (55% saying they want to start their own business someday). Although they support a government-provided social safety net, two-thirds of Millennials agree that “government is usually inefficient and wasteful” and they are highly skeptical toward government with regards to privacy and nanny-state regulations about e-cigarettes, soda sizes, and the like.

For all the attention lavished on the youthful, anti-capitalist Occupy movement a few years ago, it turns out that Millennials have strongly positive attitudes toward free markets (just don’t call it capitalism). Not surprisingly, they define fairness in a way that is less about income disparity and more about getting your due. Almost six in 10 believe you can get ahead with hard work and a similar number wants a society in which wealth is parceled out according to your achievement, not via the tax code or government redistribution of income. Even though 70% favor guaranteed health care, housing, and income, Millennials have no problem with unequal outcomes.
Like most older Americans, too, Millennials are deeply worried about massive and growing federal budgets and debt, with 78% calling such things a major problem.
It would be a real shame if we can’t have the sorts of conversations we need to address and remedy such issues because different generations are talking past each other. Millennials are different than Boomers or Gen Xers: Culture comes first and politics second to them. They are less partisan and they are less hung up about things such as pot use, gay marriage, and immigration. But in many ways, they agree with older generations when it comes to the value and legitimacy of work, the role of government in helping the poor, and the inefficiency of government to do that.

Everyone agrees that there are crises everywhere: Social Security and Medicare are going bust and the economy has been on life support for years. The best solutions will engage and involve Americans of all ages. The Reason-Rupe poll points to some places where generations are talking past each other and others where there is wide agreement. Giving its finding, a close read might just help narrow today’s generation gap so we can get on with improving all generations’ prospects.